Hosting the Main Stage, children’s funfair and a variety of food and drink options 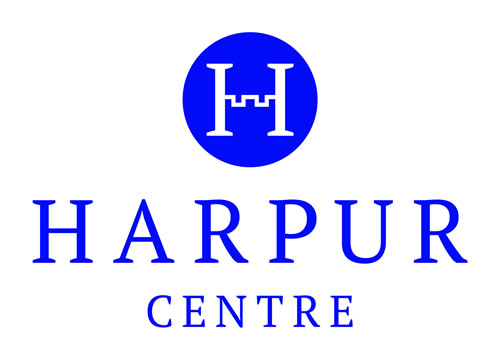 Russell Park features River Festival’s Main Stage, sponsored by the Harpur Centre, which will bring you top performances from a wide range of bands and musicians throughout the weekend. If having a dance and soaking up the festival atmosphere appeals to you, then Russell Park is the place to be.

There is also entertainment for the kids, including giant inflatable slides and traditional fairground rides.

What's on at Russell Park

Closing Saturday night on the main stage is a special hark back to the golden period of 90s dance music, with three of eras biggest artists performing, all held together by Bedford's own DJ Covie. Famed for their chart topping hits 'The Key The Secret' and 'Feels Like Heaven', Urban Cookie Collective will be headlining, with Dario G performing a multitude of hits including 'Sunchyme' and 'Carnaval De Paris' and Cappella performing 'U Got 2 Let The Music', 'Move on Baby' and more. With multi million sales between them, expect a feel good, hits packed set of some of the 90s most classic dance sounds.

Oh My God, It's The Church!

We're very pleased to be bringing a soul review with a difference and solid festival favourites Oh My God, It's The Church! to Bedford River Festival. Shaking off the shackles of dusty dogma, Oh My God! It's The Church is a truly unique take on what a modern church service could be, with its light-hearted teachings and acclaimed original music centred around themes of inclusivity and equal rights. Their ongoing success lies in simultaneously creating a comedic and joyous atmosphere whilst also highlighting significant challenges within our society. Expect to dance and laugh, possibly at the same time.

Watch Oh My God, It's The Church! on YouTube

The DekkerTones are a 9-piece ska / reggae / rocksteady / 2tone band, playing varied authentic ska and reggae from the late 60's Trojan and Bluebeat scene right through to the 2tone era. Formed in 2013, with members involved with the ska scene for over 30 years, the band have left a string of sold out shows in their wake and have supported the likes of The Dualers at The O2 and Neville Staple from the Specials.

Northampton four-piece Sarpa Salpa are one of the most exciting new alt-indie-disco bands of the moment. The band have built a loyal live following around the UK and had have constant support with every single release from BBC Radio 1, 6 Music and Radio x. Fresh from the huge festivals SXSW in Austin Texas and The Great Escape in Brighton, the band return to Bedford for the first time in nearly a year with a peak 4.45pm slot.

The Bug Club’s name does a good job of introducing the band & their music: a tight-knit, collaborative effort focused on telling tales of the everyday that we often take for granted, shot through with humour & riffs-a-plenty. The Welsh 3 piece are current indie darlings, with their last two singles playlisted on BBC 6Music and a slew of major festival appearances in 2022. Each song is 2 minutes long and contains more hooks than most bands back catalogues. We're very excited about this one - make sure you don't miss them.

Pat moved to the UK at the age of seven when his family moved from Poland, not speaking a word of English. Settling in Bedford, he quickly picked up on the language through a combination of the playground and YouTube videos of his early musical heroes such as Devlin and JME. These influences quickly took hold as he embraced the culture, and started making music. Fast forward to 2022 and PAT is now one of the town's brightest prospect, amassing millions of social media followers and streams on his debut record, and for good reason, it's great! With previous performances on the main stage from hometown heroes like Tom Grennan, we highly recommend catching PAT.

The OVSC are a completely original act that will give you a show unlike anything you will have seen or heard before. They take the traditional basic sound of Skiffle along with Folk, Funk, punk, Soul and Rock n Roll and combines it with saucy British postcard humour. Their sound has been described as George Formby meets the The Clash and is a Cabaret show in the tradition of Music Hall and Working Men’s club values. They will be playing one of their 'clean' sets to kick off the Saturday main stage action.

Ending the River Festival program with a top quality tribute has become somewhat of a tradition and this year is no different, with the excellent Strictly UB40 headlining on Sunday. The band do what they say on the tin, with renditions of some of the finest songs ever written by one of Britain's best loved Reggae bands. Expect them to tear through UB40's back catalogue, including 'One In Ten', 'Red Red Wine', 'Kingston Town' and many more.

The Life Of Riley

Having formed in Bedford in 1991, The Life Of Riley are one of Bedford's best loved bands and still going strong after over 30 years! The band are a full throttle nod to Irish folk music and dance along shanties and somewhat unbelievably, make their first ever appearance on the River Festival main stage. Bring your dancing shoes.

Recently reformed and as brilliant as ever, we are very pleased to be welcoming Bedford's own 8 piece 'NGF' back to the River Festival stage for the first time in nearly a decade! Imagine an infinitely loopier Madness, or The Specials but turbo charged and you get somewhere near NGF. New Groove Formation are a pile driving collision of funk, punk, ska soul and rock n roll. Prepare yourselves for a whole new blitzkrieg bop.

Exciting Alt-Pop newcomers, Low Girl will be playing a stripped back set on Sunday afternoon. The band have been going from strength to strength since the release of their BBC 6music playlisted debut 'Big Now', with recent single 'So Cool' gaining national attention as BBC Radio 1 Track Of The Week. Low Girl have performed at Reading & Leeds festivals, as well as a recent return from SXSW in Austin. Described as 'Alt-Pop that's good for your soul', they're simply an unmissable part of the Sunday line up.

Bedford MC, Zedo has been a mainstay on the local music scene for some time now. He brings his new, live Hip Hop project Zedo & Ill Behaviour to the main stage, featuring some of Bedford's most accomplished musicians in tow. Expect a chilled out, more jazzy edge to Hip Hop, taking inspiration from the likes of Guru's Jazzmataz albums.

Kicking off the Sunday program, we welcome Afreine - a Neo-Soul, Jazz colossus from just over the Bedfordshire border. Afreine writes deeply from the experience of her childhood, heartbreak, and the natural drama that comes from a small-town music scene. She is a voice representing the queer, BAME, and single parent community and is known for a soulful, yet delicate voice.


The 2022 River Festival will include countless river activities, eight live music and performance areas, the Sports Island, Pirate Island, the wonderful offerings of the Festival Market, plus so much more.

If you can’t find what you’re looking for on this web site, please contact the Events Team at events@bedford.gov.uk to discuss how you can get involved.

Follow us on social media for exciting Festival updates …

We are thrilled that Bedford Park Concerts are once again bringing some amazing acts to our beautiful park in the heart of Bedford. Check out the 2019 line-up and get your tickets at www.bedfordparkconcerts.co.uk 🎤🎫 #bedfordevents #bedford #bedfordparkconcerts

Our Sponsors and Partners 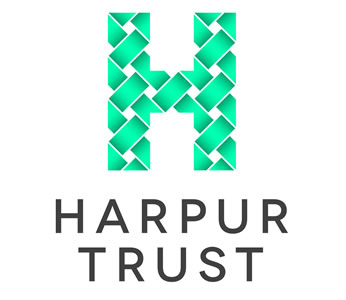 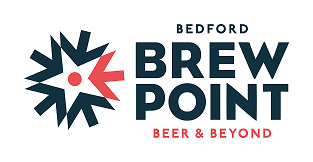